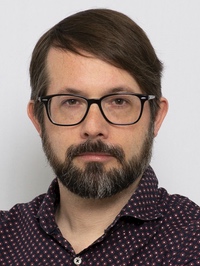 Google scholar profile
Who am I?
I am an arctic climate scientist, studying the interaction between the land and the atmosphere. I am particularly interested in how the carbon uptake of arctic vegetation is impacted by extreme winter events and how climate change affects permafrost thaw and the release of greenhouse gases. In my research, I draw from a long experience in studying the functioning of ecosystems across the Arctic – in northeast Siberia, Svalbard, Alaska, Greenland and northern Scandinavia. I wield the knowledge gained from these field campaigns to derive new insights from satellite data and to advance the development of land surface models.
Ongoing Projects
Currently, I'm leading the Norwegian-Swedish research project WINTERPROOF (2018-2022) which focuses on the representation of snow-vegetation-permafrost interactions in the models CLM-FATES and LPJ-GUESS. The overal aim is to improve model projections of arctic climate feedbacks. In this project, funded by both the Research Council of Norway and the Swedish Research Council, I supervise two PhD students and we collaborate with a number of institutes from Norway, Sweden, Denmark, Germany and France.
In addition, I contribute to expert assessments of AMAP, a working group of the Arctic Council. I coordinated a chapter on the 2015 report on methane and I'm a lead author on the SWIPA 2017 assessment. Also, I regularly write columns about climate change for the Norwegian newspaper Klassekampen. 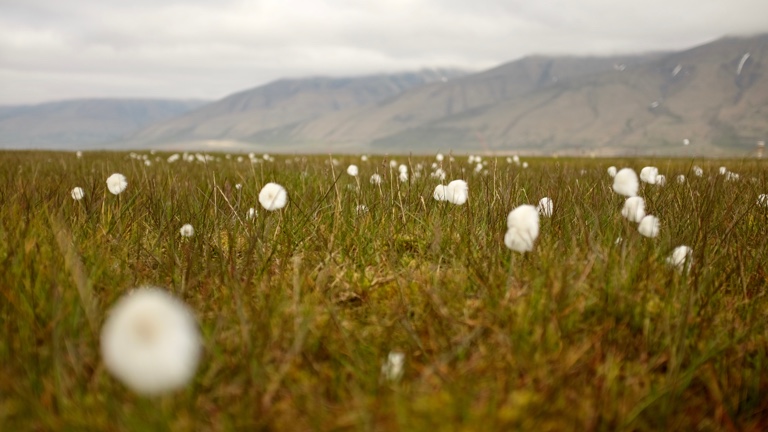 Adventdalen on Svalbard, one of my main fieldwork areas. The cottongrass (Eriophorum scheuchzeri) pictured in the foreground plays an important role in the production and emission of the potent greenhouse gas methane.
Past Research Experience
Over the years, I have worked at several research institutes in Scandinavia and the Netherlands. I received my PhD in 2011 from the Vrije Universiteit Amsterdam in the Netherlands for my dissertation on the drivers of greenhouse gas exchange from tundra ecosystems. As part of my research, I frequently traveled to the Kytalyk nature reserve in northeast Siberia to do fieldwork. I continued as a postdoc at Lund University in Sweden, where I studied connections between the arctic carbon cycle and sea ice decline – since the latter plays an important role in the amplified warming of the region. While I worked in Lund, I was also a visiting researcher at Aarhus University in Denmark.
In 2016, I started a research project of my own, hosted at the Norwegian Research Institute Nibio, to investigate how an extreme winter event affected the CO2 uptake of a subarctic peatland. This project was followed by a research stay at UiT – The Arctic University of Norway in Tromsø. Since 2018, I have a research position that I share 50/50 between Lund University and the University of Oslo – funded by the young research talent grant and starting grant that I received from the Norwegian and Swedish research councils, respectively.

Selected Publications
Here is a small selection of my publications in academic journals. The full list of publications is available on this site, or at Google Scholar.